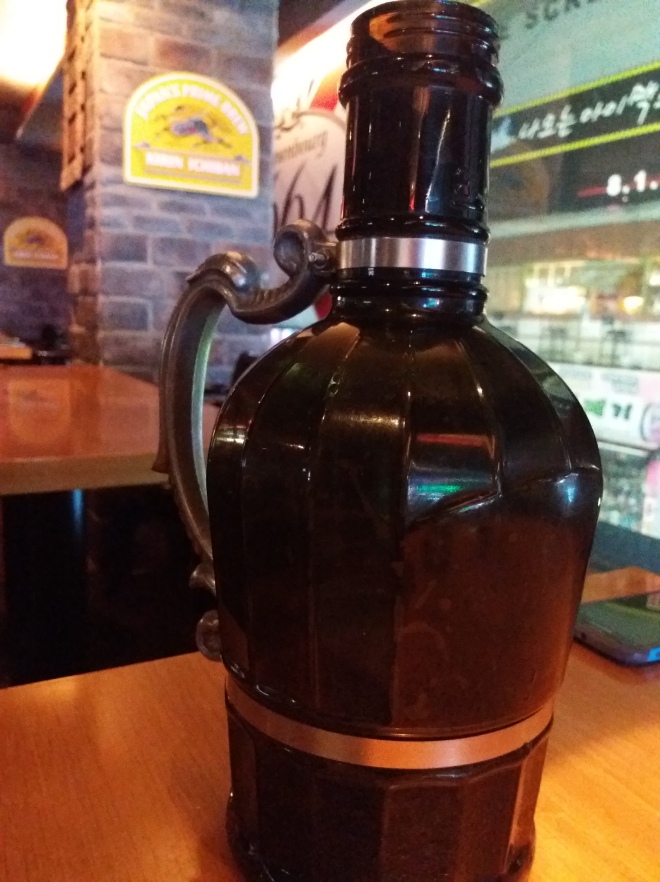 On my somber Monday bus ride home, there was a stocky, older man who drank way too much soju for the couples’ holidays. He’s window 16. My pudgy Burton backpack and I are in aisle seat 15. The guitar was above our heads, resting in its black robe.

His face is hidden, its slightly tan silhouette pressed against the frosted glass. It will remain that way for hours and Korean mumbles will tumble out like empty Hite cans rolling down Itaewon. Hangul was fizzing everywhere during the trip.

His mouth has etched a frown that spanned for miles and greeted other drivers on their travels. It will wave at them as they head to friends and family along the damp expressway. He was, Charter brushing a classic shame onto the glassed road.

His wrinkled brow and tired chestnut eyes continuously wiped themselves on the gray curtains, occasionally leaving hints of cheer and sunshine on them. Not staining them, but creating a small dark blemish. The same light mark being left on the city.

His breath routinely demonstrated that he was drinking to forget. He must of had a dirty feeling and just wants to ride it away; I can relate. Evaporated joy escaped his flaring nostrils leaving only a weary fatigue. Those swinging legs barely touched the floor.

I’m guessing 2017 sparred with him like it did with me. Maybe the year tried to leave us both bleeding and on the floor by a bibimpap spot. Blacked us out for the count and sought to end it quickly until someone called 119. Rushing us back to life.

It might have landed some hard kicks. Leaving us woozy and with a lack of recollection. Four months just felt like a flurry of emotional strikes that swarmed our tired arms. I still remember the kidney punch she threw in January. Then hooks during the spring.

We are more similar than we first appear. I can merge with him. Sympathize with his lungs as they gasp for clean air. That’s a feeling I’ve had since the 3rd Round. I’ve stepped to our corner of the ring and almost gave up. Where’s my fucking towel?

My hands were swollen, legs shaky and tears…I mean sweat glossed my bloodied pink lips. We trained for some of this, but those jabs where quicker than I imagined. Each kick a curious surprise that both fascinated and left me with a calming warmth.

I can see the Jeonju 시 lights now. Its stadium shines like a bedazzled cereal bowl in a dark lake. In a few minutes he will come to life and stagger home. I’ll briskly scoot to the next bus and sit alone. Pretend I’m stronger than my empty hugs and fake text messages.

It would be a lie, if I said that I didn’t admire your blood alcohol level. Passing judgement is not my intent here and you should’ve poured me a round. We could have smirked at each other without words but had an entire conversation. I would have paid for us sir.

The bus has pulled into the Express Terminal and a fresh breeze has greeted us. It’s a sobering glass of chilled air. Get home safely my brother, because tomorrow will be here soon and the sun will always shove us to the center of the ring until we forfeit.